Let us quickly look at our text-books for macro-economy. We have seen in the previous weeks a very interesting pattern building up in the yields. The FED is rising interest rates, as they try to fight high inflation. The narrative remains though, that the US economy can handle the situation and there should be no recession. Investors on the other hand see early indication for a recession. This can be shown by two charts.

The inverted yield curve usually is a very early indiction for a recession (around 12 month, more or less) whereas the bear-flattener is usually showing up in the very early phase of a recession. Both signal from the market do not confirm the FED's narrative of a soft landing. 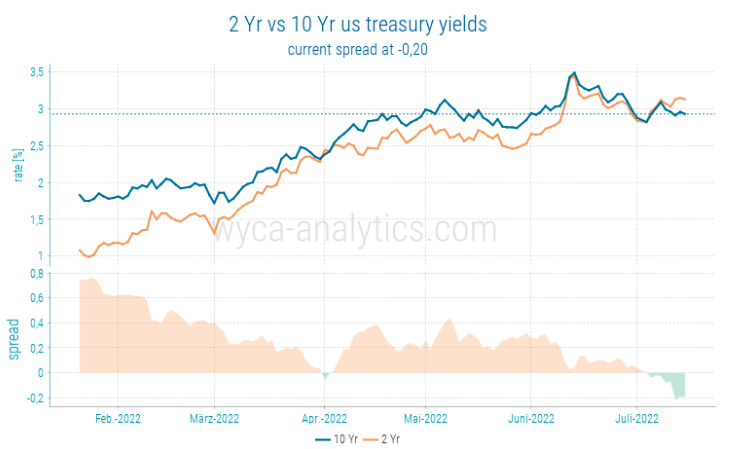 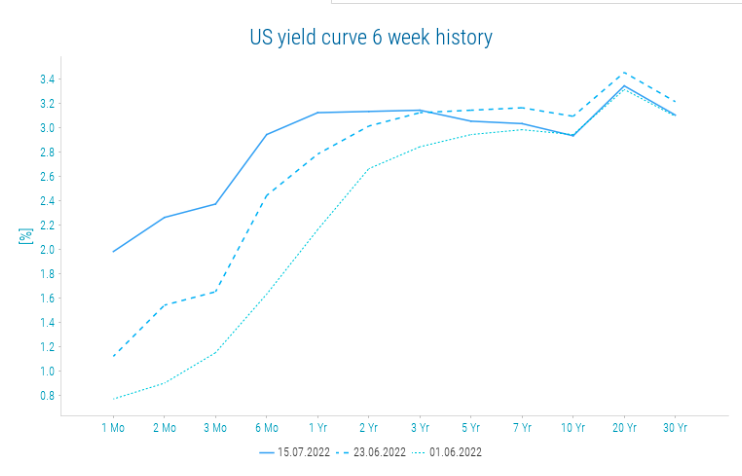